Father’s Day is a poignant time of year for many, whether celebrating a dad who has been through challenging times, thanking him for support throughout your own illness, or remembering a loving father who is no longer with us. 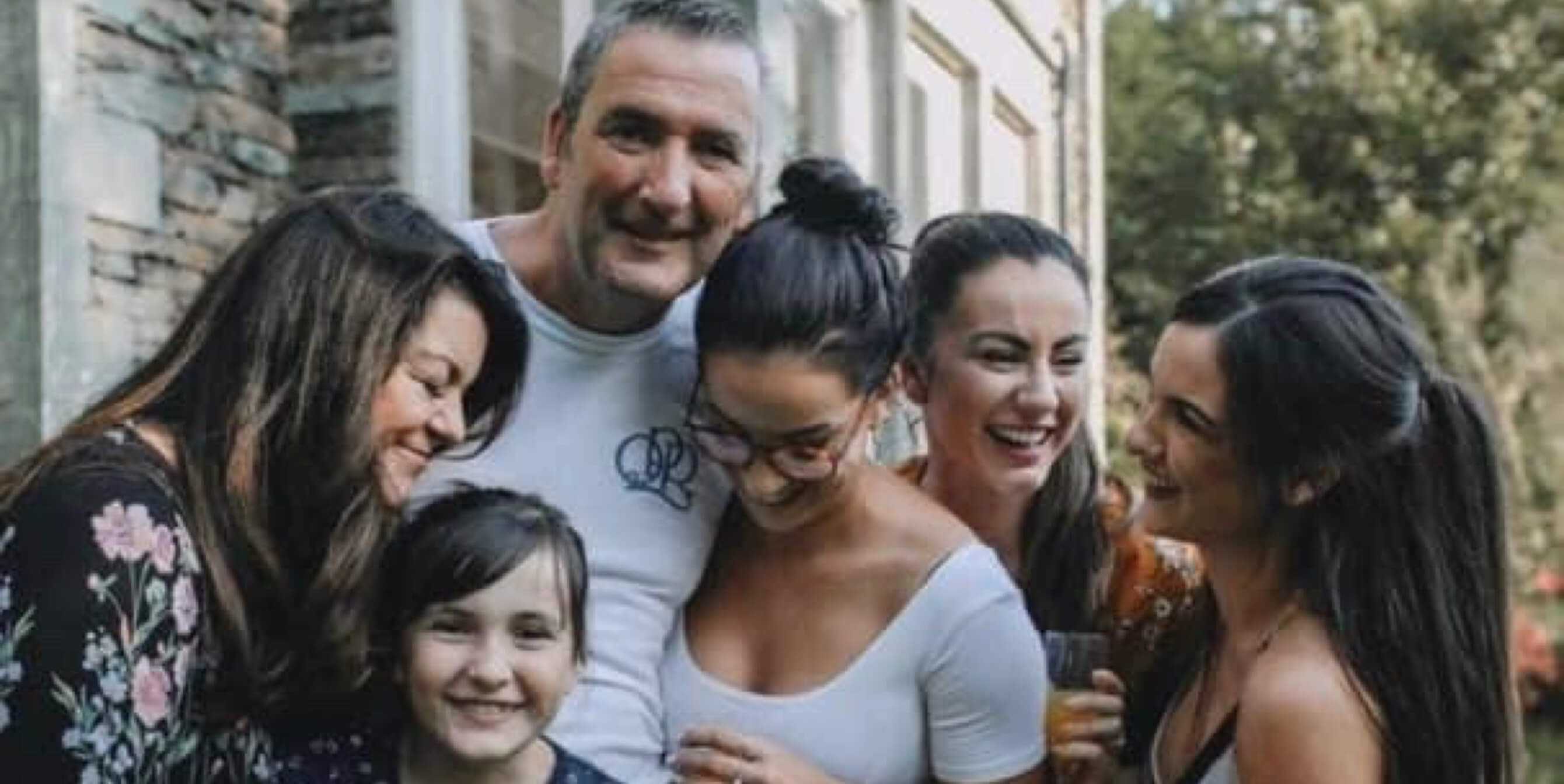 The Craig family from Furness will be remembering a very special dad, Mark, who they sadly lost in February of last year. To celebrate his life and show their thanks to CancerCare for supporting them, they are encouraging others to make a donation to the charity in celebration of their own wonderful fathers.

Mark was a loving family man who lived together with his wife Sue and four daughters Mia, Kathryn, Sophie and Charlotte in the close-knit town of Dalton-in-Furness near Barrow.

Mark worked as project planner at BAE Systems and was a keen amateur footballer who played for, and managed, a number of local teams including Dalton United FC. He also enjoyed spending time with his family and taking adventurous holidays and walking trips together.

Mark worked as project planner at BAE Systems and was a keen amateur footballer who played for, and managed, a number of local teams including Dalton United FC. He also enjoyed spending time with his family and taking adventurous holidays and walking trips together.

Mark’s fear of flying meant that their holidays were invariably in the UK, but, in the summer of 2017 they travelled overland to Europe for the family holiday of a lifetime. However, it was during this trip that Mark began to feel unwell.

On returning home, Mark went for tests and doctors initially suspected he had suffered a mini-stroke as he was having difficulty with his speech. Sadly, his health worsened and further examinations revealed a Stage 4 brain tumour.

Sue said: “I’ll never forget the doctor telling us the news that Mark’s condition was terminal and he was going to die from it. It was an unbelievable shock for the whole family. He was adamant that he didn’t want to know how much time he had left and wanted to focus on living as full a life as he possibly could.”

Mark had an operation at Preston Hospital in January 2018 which resulted in him losing the use of the right side of his body and necessitated the use of a wheelchair. Following this, Sue threw herself into researching Mark’s condition and dedicated herself to finding ways to maximise Mark’s quality of life. This is when she heard about CancerCare.

Sue said: “It was then that CancerCare kicked straight in and I began taking Mark for weekly aromatherapy massage and reflexology sessions to help his mobility. It was absolutely amazing and worked so well on his muscles that it actually enabled him get back on his feet. His therapist Stacey was literally an angel to the family and she got him laughing and he even regained some of his speech. It was incredible and lasted for a few days afterwards.”

It wasn’t only Mark who benefitted from the therapies provided by CancerCare at the centre in Barrow. Sue was herself referred for aromatherapy and counselling and Mark’s mother Barbara received counselling from Fiona MacDonald.

“It was as if CancerCare wrapped their arms around our whole family,” said Sue.

The treatments enabled Mark to fulfil his wish of enjoying quality time with his beloved family and they enjoyed some wonderful trips and experiences together including attending live concerts, a glamping holiday, a ride in the Harry Potter train on the West Highland Railway and a whole family trip to the Manchester Christmas Markets. Mark was also invited to be guest of honour at Dalton United’s annual bonfire night and pushed the button that ignited the firework display.

“The love and care shown by CancerCare enabled us to have these wonderful times together which we’ll always remember,” said Sue.”

Mark sadly passed away in February last year at the age of 55 and their closeness as a family and support of friends has helped them cope with their huge loss. CancerCare has also continued to be there for them, particularly 11-year-old daughter Mia who struggled in the weeks and months that followed.

Sue said: “Grief can affect children in very different ways. Mia has a phobia of illness which was evident during Mark’s treatment and it got worse after he died when she began having issues with anxiety and sleeping.”

Mia began having one-to-one sessions with CancerCare’s specialist children’s therapists Helen and Kim and since the Covid-19 lockdown, they have continued online.

“Kim always makes sure she talks with me too - they are almost family therapy sessions and have been massively helpful for both Mia and myself,” Sue added.

CancerCare continues to be a big part of the family’s life and Sue’s mother-in-law Barbara even helps out coffee mornings and fundraising events. Sue herself has returned to work as an assistant head teacher and this year they had the good news that daughter Charlotte passed her teaching exams and she has now started his first job in London. Mark’s friends at Dalton Utd FC also helped held a fundraising event in tribute to their teammate, raising more than £500.

“It was so important to Mark that we help fundraise for this incredible charity. We are blessed to have them in our lives and I am delighted that more people will benefit from their expertise, compassion and warmth when the new Barrow centre opens. It has made a huge difference to our lives and I want you to thank each and every member of staff for all they have done and continue to do for us,” said Sue.

This Father’s Day, we celebrate Mark – a wonderful father, husband and friend – and all the special fathers who have made us who we are today.

Text CANCERCARE 5 to 70460 to donate £5 and fund a memory box for a child like Mia as they cope with life without a parent.

Text CANCERCARE 10 to 70460 to donate £10 and help families like Mark’s coping with the devastating impact of illness or bereavement.

* Texts cost donation amount plus one standard rate message and you’ll be opting in to hear more about our work and fundraising via telephone and SMS. If you’d like to give £5 but do not wish to receive marketing communications, text CANCERCARENOINFO 5 to 70460.

This week, staff have been taking part in an online #BSL course from the @RNID We hope the training will help us communicate better with deaf people in our centres & encourage more people with hearing impairment to access our services. Read more here https://t.co/pLaqy6sAR6 https://t.co/nPRMU1j41w

If you are a qualified finance professional looking to use your skills and experience to help your community, we are looking for a new volunteer Treasurer Trustee to help steer the charity and secure its future, Click here for details https://t.co/5TO7tdzQ34 https://t.co/m8sKSJMFIA