Belle gets a bob!

and raises more than £600 for CancerCare! 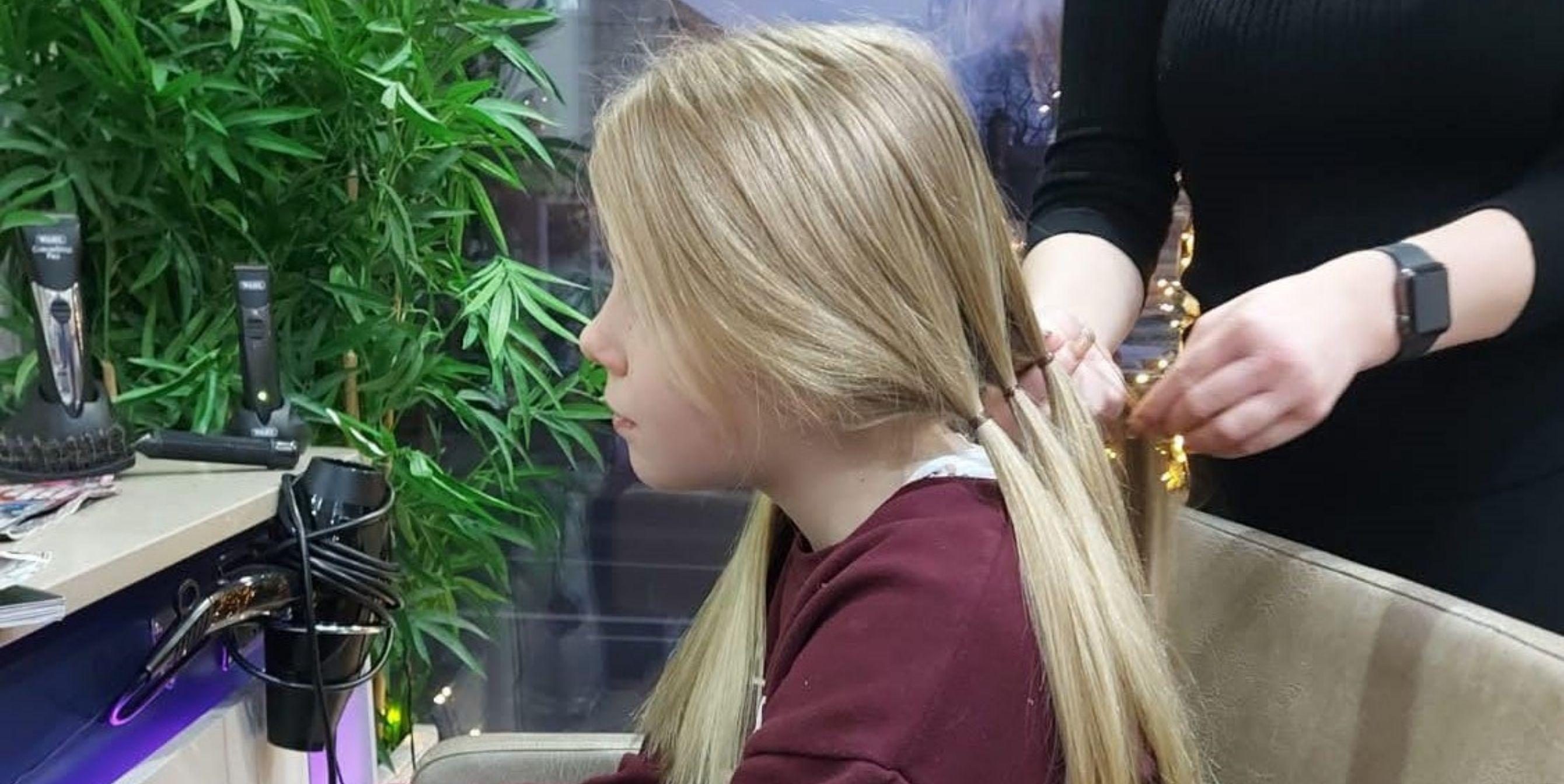 Before Christmas we shared the story of Katy Davies from Lancaster who, along with her best friend Sammy, shaved her head to raise money for CancerCare.

Katy is receiving treatment for breast cancer and we have been supporting her with therapy at our Slynedales Centre and so far their fundraising campaign has raised more than £2,000 for us!

This includes £600 raised by Isabelle Livsey, who is Katy’s daughter’s best friend and who was inspired to take her own trip to the hairdressers after hearing about Katy’s diagnosis.

She launched a “Belle Gets a Bob Challenge” which saw her get her long locks shorn at belle ame in Lancaster in return for donations from well-wishers.

Isabelle said: “I've always wanted to do something for a charity but I never thought cutting my hair would be something I'd do and wasn’t sure which charity I'd do it for. My grandma died from cancer a couple years ago and as soon as I heard about Katy having cancer, I knew straight away what I wanted to do.

“At first I was a little bit nervous but the hairdressers at belle ame were really supportive. I'm so thankful for all the money that has been donated. I never expected to raise the amount of money I have - everyone has been amazing.”