Bremont hosted an event to celebrate the launch of their brand-new Limited-Edition Longitude Collection and raised the monies by auctioning a painting of the Royal Observatory at Greenwich. 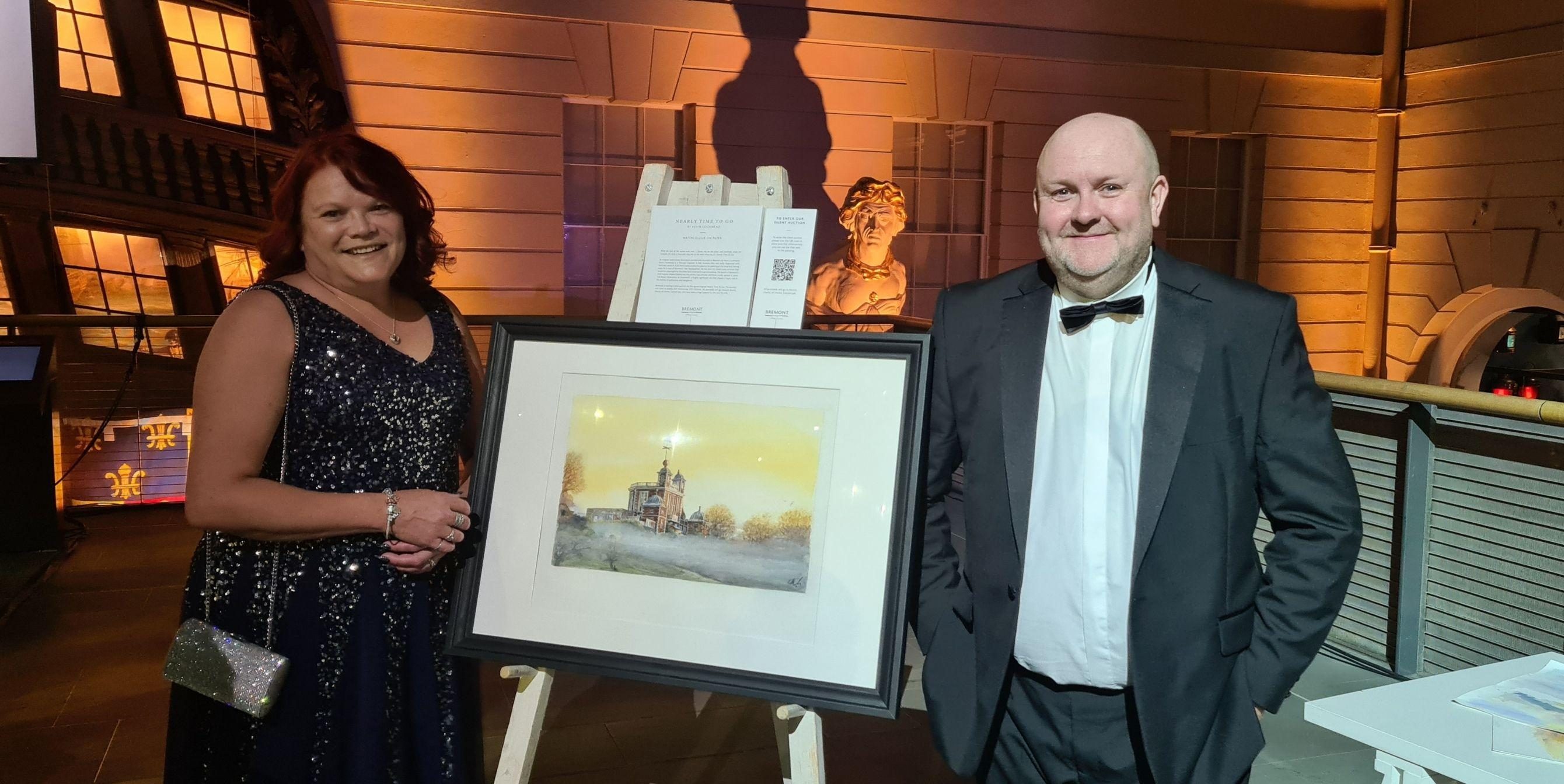 On the 20th October, award-winning watchmaker Bremont hosted an event to celebrate the launch of their brand-new Limited-Edition Longitude Collection which is also the first of their watches to house their first Bremont manufactured movement! They celebrated this at the Greenwich Maritime Museum.

On the evening a painting of the Royal Observatory at Greenwich was auctioned: the painting had been donated by Kev Cookmead, who lives in Barrow and has a terminal cancer diagnosis. Kev and his brother Rikki, have a passion for watches and as part of Kev's bucket list of "things to do" were afforded a private tour of the new Bremont HQ.

A flippant comment from Kev and several emails later and the beautiful painting was being auctioned! Kev's wife Helen received support from CancerCare earlier this year and they wanted the monies raised to be donated to the charity. Kev told us "I could see the difference in Helen every time she came home after her treatments at the centre in Barrow and we're really grateful for this. Donating the money from the painting was the least we could do to give something back".

Bids were done via a QR code and a secret auction process on the night and the winning bid was a truly staggering amount! We want to say a huge thank you to Bremont for giving Kev the opportunity and in turn, helping to support more local people like Helen.

Bremont is an award-winning British company producing beautifully engineered Chronometers at our Headquarters in Henley On Thames. Time began for Bremont in 2002, when we embarked on a journey to make beautifully crafted pilot’s watches of exceptional quality. Inspired by a love of flying historic aircraft, of watches and all things mechanical, our timepieces had to be tested beyond the normal call of duty. The business has made a considerable investment into its in-house manufacturing over the years and in 2021 moved into its state-of-the-art “Manufacturing & Technology Centre”. All watches in our core range are either COSC or ISO chronometer rated, and all our watches are built with considerable care here in the UK. Our watches are immensely precise, reliable, and durable, Bremont watches are hand-built in limited numbers. More info here.